We publish insights, research papers and books to spread awareness and knowledge of stewardship and Steward Leadership.

A circular economy is the way forward for the human race

Consumerism worldwide is gratified with a linear economy, which conflicts with the Earth's circular system. Clearly, humanity needs a mindset change for its progress and survival.

The human race is thriving on planet Earth, the only known abode in the vast universe. The United Nations (UN) indicated that the total human population reached 8 billion on 15 November 2022 and is slated to reach 10 billion by mid-century. It is insightful to note that the human population was two billion about a hundred years ago; 300 million in 1 AD; and the modern Homo sapiens appeared in about 50,000 BC.

Another side to the same coin: thriving human beings are degrading Earth’s nature. As per the UN Convention to Combat Desertification, up to forty per cent of the Earth’s land area is degraded by deforestation and erosion. Earth’s nature is declining at an unprecedented rate and threatening the sustainability of the human race. Nature provides essential services such as pollination for crops, water, food, energy and carbon sequestration. The Organisation for Economic Co-operation and Development (OECD) estimates that nature services are worth up to US$140 trillion, which is much more than the US$96 trillion global gross domestic product as of 2021. Hence, humans must not take nature for granted and make transformative efforts to regenerate and sustain it for themselves and future generations.

From linear to circular

Earth’s nature is a circular system. It operates like a circular economy wherein everything becomes a source for something else. It maintains equilibrium among the non-human systems via reusing, repurposing and regeneration. To satisfy their own needs and demands, humans devised a linear economy approach wherein resources from nature are taken, manufactured, used and discarded. Since the industrial revolution in 1765, humans vigorously pursued the linear economy to benefit in terms of productivity, time-efficiency, cost, aesthetics and convenience. The speediness of the linear economy is prized over the slow processes of nature. Growing consumerism worldwide is gratified with the linear economy.

The damaging effects of the linear economy on Earth’s nature are becoming increasingly evident.  They include accumulation of pollution and solid waste, erosion of land, biodiversity loss, resource depletion and associated cost increases, contamination of the food chain and water, and adverse effects on human health. The only way forward for humanity is to emulate nature and pursue the circular economy, which is an economic system that uses a systemic approach to maintain a circular flow of resources by regenerating, retaining or adding to their value while contributing to sustainable development. In other words, the circular economy is a tighter-loop system that targets zero waste and pollution throughout material and product life cycles.

This can be understood through the example of ubiquitous electrical and electronic products, without which the thriving digital products and services that underpin our modern living cease to exist. A circular economy approach for this sector reduces the need for extracting virgin raw materials from nature. Singapore introduced Extended Producers Responsibility (EPR) in 2021 under the Resource Sustainability Act. Makers and suppliers of laptops, personal computers and smartphones are required to collect 20 per cent of the weight of devices they supply to the market for recycling. A higher target of 60 per cent is set for large appliances such as TVs, refrigerators and display systems.

Awareness leads to new mental frameworks and models. Better leadership practices at the personal and organisational levels (family, group, community, society, institution) emerge when a person’s mental frameworks and models are updated, refined and well-considered. The circular economy is a new mental framework and should be embraced for the progress as well as the survival of the human race on planet Earth. In a nutshell, good stewardship involves a circular economy mindset in all endeavours at all times. 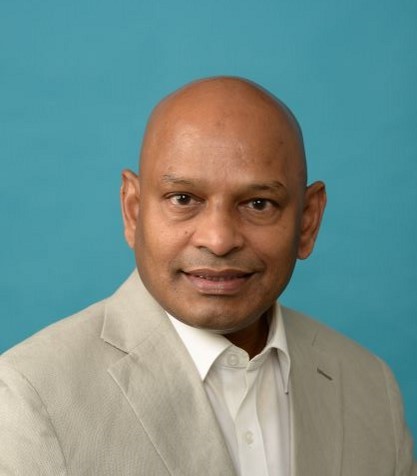 Professor Seeram Ramakrishna FREng, Everest Chair, is a world-renowned poly-disciplinary scholar at the National University of Singapore (NUS). He is among the World’s Most Influential Minds (Thomson Reuters) and the Top 1% Highly Cited Researchers in cross-field (Clarivate Analytics). Stanford University C-score ranks him among top six impactful researchers of the world in materials as well as enabling & strategic technologies.

He is a member of the EPR Advisory Committee of the Singapore Ministry of Sustainability and the Environment (MSE). He co-chairs the Environmental, Social and Governance (ESG) Advocacy Group at the Singapore Institute of Directors. He is a member of the ISO technical committee on circular economy. He is the Chairman of Climate Change TC at the Institution of Engineers Singapore (IES) and Plastics Recycling Center of Excellence at PRAS. He advises the IES Green Plan 2030.

He is an evaluation panel member for the US$3 million Alliance Prize in Circular Solutions for Flexibles, sponsored by the Alliance to End Plastic Waste and Enterprise Singapore’s Startup SG Tech Competitions.

He is a speaker at the prestigious Asian Leadership Forum. European Commission Director-General for Environment, Excellency Daniel Calleja Crespo, said, “Professor Seeram Ramakrishna should be praised for his personal engagement leading the reflections on how to develop a more sustainable future for all.”